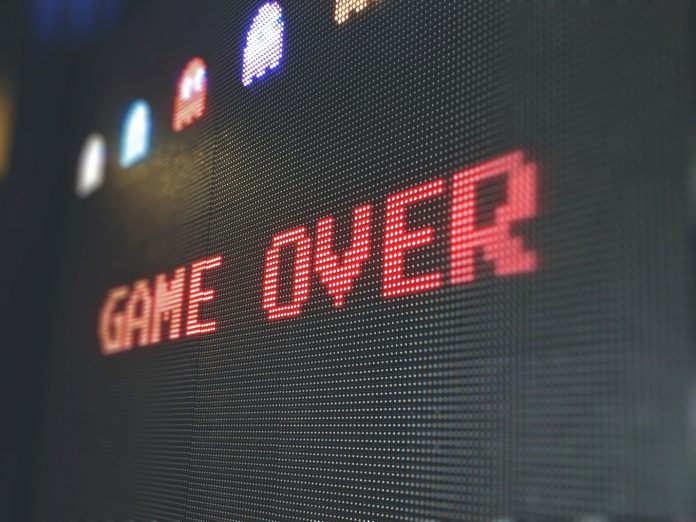 Many parents believe they are on the losing end of a screen war, and it’s simple to understand why. On occasion, it appears as if YouTube is raising the next generation. However, not all screen time is harmful. If you invest in the correct gaming apps, they can be informative, entertaining, and insightful. When most people think of gaming, they envision kids sitting in front of a television, appearing zombie-like, gripping controllers, and dodging phantom bullets. Games, in actuality, cover a wide range of genres, including action and adventure, racing, role-playing, simulation, sports, and strategy. If you’re a true gamaholic and want to update and rejuvenate your playtime collection, the below-mentioned games can prove themselves as your pastime partner.

Free Fire is a free application of the survival shooting game. Each 10-minute game time puts you against 49 additional players on some deserted island, all of them trying to survive the battle. Utilizing their parachute, players may pick their chosen starting point and try to stay mainly in a safe space for as long as needed. Explore the enormous map via driving on the road, sheltering inside the wild, or just being invisible by hiding under grasses or rifts. There is just one target: to stay alive and seize the opportunity of war. Sneak, shoot, and escape is all possibilities. You can access this unbelievably electrifying game on all android and iOS platforms.

Apex Legends is an online multiplayer battle arena game. Three players establish a team and use pre-made characters with unique powers described as “Legends,” similar to those in hero shooters. Since the game’s release, different versions have already been incorporated, which entertain two- or three squads. The game is free of cost and includes paid content and treasure boxes, letting players purchase visual things like Legends costumes and modern weapon colors using real cash and in-game currency. Apex legends is a reward for your patience and competency in the gaming journey and undoubtedly deserves your trials.

If you are a puzzle game addict, this game is none less than a treat. Aqua friends is a strategy kind of video game that will provide you with quality time on screens. By accessing it from Unlimited Gamez Mo, you can witness a mesmerizing journey of amusement and creativity. Get to experience a hassle-free playtime by helping struggling aqua friends.

Help unite them by bringing them closer so they can hold hands and forget their loneliness—that’s where you’ll face the tricky part with the interference of other creatures. Put yourself to a challenge and complete it during the ad-free gameplay. Enjoy the refreshing concept of this game, and don’t forget to credit our recommendation.

GTA 5 Online is a diverse and evolving online environment where you may advance from a street thug to the ruler of the entire crime syndicate. You can engage yourself in the fuel-powered action races, combat innovative opponent Modes, or chill out in social places like nightclubs, theaters, penthouse gatherings, automobile meets, etc. Enjoy new high-performance car upgrades and improvements, such as the GTA Online gameplay upgrades, editions, and content published since launch, all ready to play solo or with others. You can excess this on all Microsoft Windows, PlayStation, Xbox, and other platforms.

Minecraft is a game that lets players discover, communicate with, and create a diversified explorative map made out of various blocks. Apart from the unions, plants, monsters, and objects are all present in the environment. Constructing, mining for ore, fighting aggressive creatures, and crafting new blocks and tools using a wide range of materials discovered in the game are some of the game’s activities. Players must pick one of five multiplayer games and one from the four difficulty levels when establishing a new planet, ranging from serene to challenging. When the game’s difficulty rises, the player takes more significant damage from enemies and experiences other complex impacts. It is a great game and deserves appreciation for blessing players with a fantasizing experience.

Pac-Man is an action maze video game in which the player guides the titular figure through a maze. The game’s ultimate goal is to eat all of the dots in the maze while fleeing four different colored ghosts chasing. The player progresses towards the next stage when Pac-Man consumes all the dots. As the player proceeds, the game becomes tough: the ghosts get quicker, and the energizers’ power lessens in length before it vanishes entirely.

Fruit signs at the bottom of the screen represent the levels. Short animations with Pac-Man and Blinky in hilarious and comical circumstances emerge in-between stages. This game is switchable between the single-player and multiplayer modes. You can avail of Pacman supremacy on various platforms.

Candy crush is very easy to play. Even though it counts as the oldest game, the players are not getting over it yet. You have to finish the stages by swapping colored pieces of candy on a game board to produce a match of three or more of the same color, then removing those sweets from the board and substituting them with new ones that might generate additional levels.

Matches of four or more candies produce unusual sweets that function as power-ups, clearing the board faster. Various goals, such as a specified score or obtaining a specific quantity of a kind of candy, must be fulfilled within a set number of moves or a set duration on boards. It is a downloadable game and is worth a try.

Are you an adventurous person who looks for the same stuff in your game collection? In that case, nothing can be a perfect choice other than rocket league. It is a vehicular soccer game developed and released by Psyonix. Players take control of a rocket-steamed vehicle and use it to strike a considerably larger ball towards the opposing team’s goal space to score further goals.

Players’ cars can leap in mid-air to hit the ball. Players may also gain speed by passing their vehicles over specified places on the field, allowing them to fast travel the area, use the extra momentum to strike the ball, or slam another player’s car to destroy it. The accessible platforms include Microsoft Windows, PlayStation 4, Xbox One, macOS, Linux, and Nintendo switch.

It is nearly a task to choose the best among the outstanding choices of games that the websites are upcoming on an everyday basis. Thousands of games are released each year thanks to self-publishing and a plethora of distribution options. Most of them are also abandoned because they are unfinished or contain plain uninteresting content. The Launcher team offers a few recommendations for folks looking for fresh and intriguing ways to pass the time while at home. In the article above, we’ve developed a list of top-rated games for individuals interested in either getting into gaming for the first time. It is equally for those who already have a love and now have more time to explore. Please share your reviews and suggestion so we can improve.

Apart from this if you are interested to know about 4 Retro-Style Games then visit our Gaming category.

How To Make A Shield In Minecraft? Here Are The Best...

4 Retro-Style Games You Need to Play

What are 6 Life Lessons Video Games Can Teach for Success?