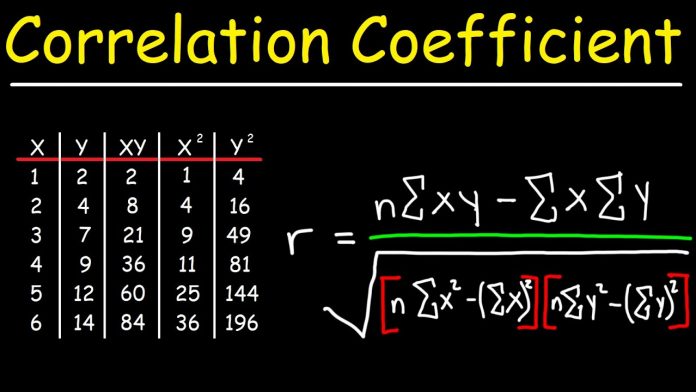 In statistics, we have to deal with a large amount of data, often large amounts of various kinds of data. Whenever we are dealing with different data, we are required to associate those data with one another to study the variations and effects of change in one due to another variable. This is called correlation.

In this article, we shall discuss correlation and its coefficient.

What is Correlation in Statistics?

The measure of the degree of dependence of one variable on another is called correlation. There are three main types of dependence:

A relationship between two variables in which change in one variable corresponds to the change in another variable in the opposite direction. For example, if the price of a commodity increases, sales of that product decrease. Thus, negative correlation means if there is an increase in the value of one variable, it tends to decrease in the value of another variable and vice-versa.

There exists no relationship between given variables. A change in one variable does not affect the other variable. For example, the sale of four-wheelers does not have an impact on the number of deaths due to drowning. These types of variables come under zero correlation.

How to Measure the Extent of Relationship?

Properties of the correlation coefficient are:

How to Choose the Best Online Product Management Courses

How Can You Become a Well-Learned Data Analyst in 2023

Which Is the Best Platform for GATE Preparation in 2023?

5 Steps to Keep Students Engaged In The Classroom