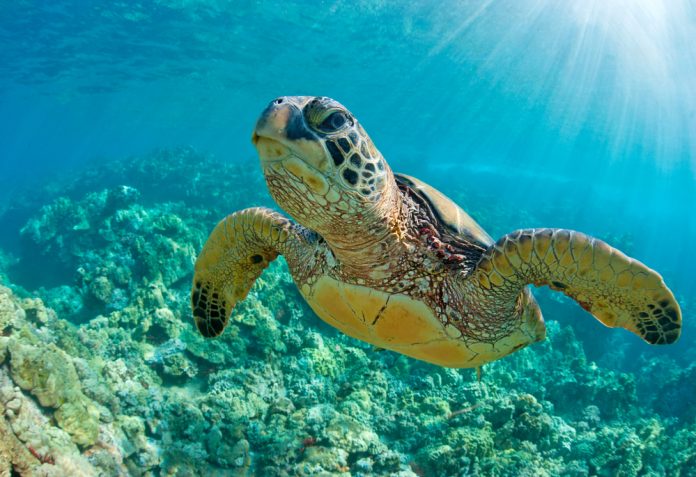 Turtles are the cutest reptiles ever. But with the increased pollution the sea turtles are in danger and to save them suitable measures should be taken. But to save them,  it is necessary to know about these creatures in detail.

There are people who are working to save sea creatures and to make their habitat cleaner. But still, the general public is not aware of the basic knowledge about sea turtles, and this lack of information is harming them even more. Anne Scuba Diving Inc is working to be more thoughtful, and mindful of sea creatures.

There are a lot of people who love to see and interact with sea turtles. The reason is their amazing anatomy and even more amazing way of responding to humans. One can easily develop an interest in sea turtles once they know about these amazing facts about them:

There are more of them

It is difficult to recognize those species but with their respective identities, you will be able to spot them.

The name hawksbill is due to their curved beak like the beak of the hawk. They have two scales between their eyes. The most prominent feature of this species is its beautiful shell. Their shells are so beautiful that they are endangered because of their shells as these shells are very much in demand in the jewelry and ornament industry.

This species is also similar to its name. The name leatherback is due to the fact that their back is not made up of hard shells like other species. These are the largest species of turtle.

The appearance of shell of the leatherback is like a piece of leather, very shiny and flexible. They have ridges that are running from theory back to the tail.

The flippers are like the shape of the paddles and that helps the item swim for a longer time. They can swim for almost about 10,000 miles a year.

There are two types of Ridley turtles; Kemp’s and Olive’s redley. The two types are the smallest species of turtle and are famous for their nesting habits. They lay eggs on the shore in the form of groups only. They lay hundreds of eggs to keep the population stable and reproduction safe from predators.

The beaks of the Kemp’s Ridley turtles are slightly hooked and the length of their shell is as long as their breadth’s wideness.

Marine Debris Especially Oil Spills are Poisonous to Them

Oil spills and littering in the ocean can cause great damage to the entire species of sea turtles. One of the greatest sources of hazards for sea turtles is the microplastic waste present in the sea. Everything that is dumped in the sea intentionally or unintentionally results in the destruction of the habitat of marine animals.

Turtles are not vegetarians generally. But the green sea turtles turn vegetarians as they grow older. The fact that their body fat is green is what makes them Green turtles. Their plant-based diet includes algae, seagrass, and marine plants.

Sea Turtles Can not See Colors

This must be shocking for most readers. But the fact that sea turtles are color blinds and can not see well on the land as well as in the water. Their eyes shed salty water when they are on their land which sometimes can be taken as them crying.

Turtles lay their eggs on land and it is very hard for them to keep the eggs safe from predators. That’s why most eggs do not even experience the hatching stage. During the nesting season, the female lays eggs every 2-3 weeks. The average sea turtle lays thousands of eggs in its whole life.

Temperature Will Decide the Gender of the Turtles

Diet of The Turtles vary

The variation in the diet of the turtles depends on their location, climate, and species. The loggerhead turtles are carnivores and the green sea turtles are herbivores. Surprisingly, some of the turtles change their diet as they age. Hawksbill turtles are fond of sponges and use their curved beak to pray in the sponges.

Leatherbacks also have a special lining and pointed teeth in their mouth due to which they are able to prey on jellyfish.

The above-mentioned facts are from all around the world. Some facts are universal and some are categorized into the location, habitat, and species of the turtles. Some of the facts are age-dependent as well.

To explore more about turtles, you can dive deep into the sea. The best way to explore the world of sea turtles is to choose a scuba diving specialist like Anne Scuba Diving Inc. Scuba diving will broaden your knowledge about sea turtles as well as about other sea creatures.

HOW HIGH ARE MY TREE STANDS SUFFICIENT?

After a flood, how long does it take to repair?