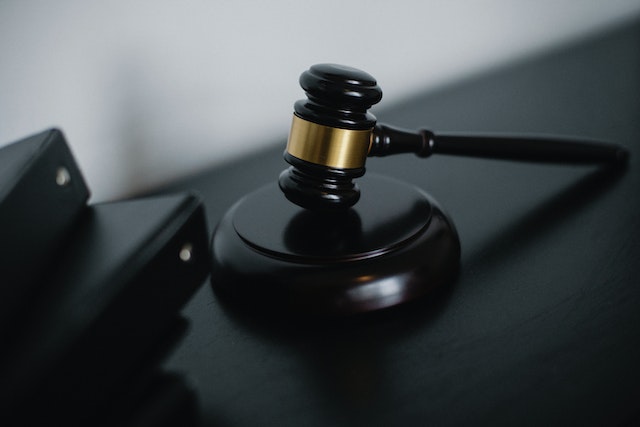 If you’ve been in the workforce for any length of time, you may have dealt with conflicts at the workplace. There are many ways to resolve these conflicts; some are more effective than others. Some of the causes of conflict are more serious than others, but it is important to know what constitutes a serious matter and how to address it appropriately. Conflict can be dealt with outside of a courtroom, especially if it is not a serious matter. Lunch hour discussions can be utilized for petty differences but once conflict has reached the point at which it becomes irresolvable, take the matter before an independent tribunal for resolution. Discussed below are signs that you should take workplace issues to court.

1. There is an issue of Fundamental Rights

Conflict arises in the workplace when one or more employees are denied a right or privilege essential to their employment. For instance, if you are denied access to the workplace and proper equipment because a certain employee acts in a manner that disrupts your normal workflow, this can constitute a crime under state law. In such cases, you may file a complaint against the offending party with the proper authorities, such as by reporting it to human resources or the police.

In cases of constructive damages, such as failure to pay overtime, or termination in retaliation for whistleblowing, you may also need to report this gross violation of the law to a state agency. These reports would have the same effect as filing a complaint with the authorities: redress for your workplace rights.

2. There is an Issue Causing Harm to Your Health

Workplace injuries can be physical, emotional, or mental. Injuries of these types can have a lasting effect on a worker’s ability to earn a living and carry out their required duties. Workplace injuries also pose health risks to others in the workplace, such as you and your co-workers. When you suffer severe emotional wounds due to conflict with another worker at the workplace, this could lead to PTSD or other emotional trauma, which could cause you to miss work due to doctor appointments or hospital trips.

Some of the injuries caused by a conflict in the workplace can be as severe as death. If a co-worker attacks you with a weapon and causes severe harm, this constitutes assault and battery.

Asbestos is a known carcinogen, and exposure to it can cause severe illness due to damage to the respiratory system. You may have been exposed to asbestos fibers during your employment. If you have cancer or any other chronic illness due to asbestos exposure, workplace conflict can be the sole cause of your condition. In such cases, you may file a claim for medical malpractice against the offending party and their employer. You can do this through arbitration or by filing a lawsuit in court. You may contact mesothelioma lawyers located in New York to get legal advice on your matter.

In some cases, workplace conflict can cause severe injuries to prevent you from working. If this happens and you cannot work due to an injury sustained due to conflict at the workplace, you may be eligible for workers’ compensation. If you could not receive workers’ compensation due to your occupation, this is another sign that you should pursue your workplace claims in court.

5. You are the Victim of a Crime or Sexual Assault

Workplace conflict involves relationships between workers in a very close relationship, such as co-workers or employees. If one person was involved in a crime against another person at the workplace, such as rape or violence, it is usually reported to the police.

In cases of sexual assault and other crimes where the accused were involved with a worker at the workplace, it is essential to have the best sexual assault victim lawyer NYC and continue your workplace claims under the guidelines set by your state law.

6. There is a Violation of a Contractual Agreement

Sometimes, even when there has been no direct conflict between co-workers, the offending party may still have breached an agreement with you or another worker. This can include such acts as refusing to honor a verbal agreement or not paying you on time.

If you have a written contract that the offending party has breached, you may be able to file a lawsuit to enforce your contractual rights.

The above are just a few examples of workplace conflicts that you can take to court. Many more serious issues could cause irreparable harm to an employee’s life at the workplace, and these examples only scratch the surface. If you have been involved in an issue in the workplace that is not outlined above, take the case to court. It is probably best to consult with a lawyer as soon as possible with any dispute you believe may lead to conflict beyond your ability to work through it yourself.

How to Create an Automated Sales Follow-Up?

4 Cool Ideas For Creating Memories In Your Child’s Birthday

Reasons Why Outsourcing Mobile App Development is a Good Idea