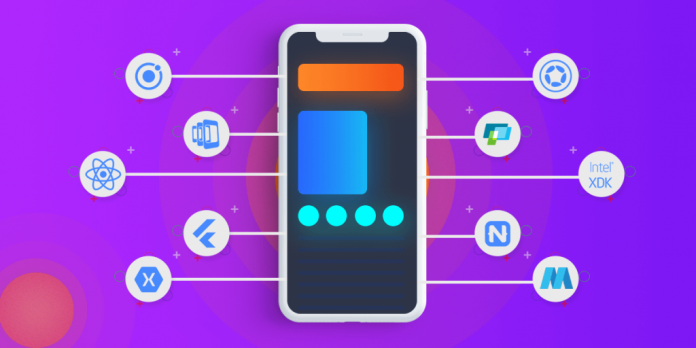 Statista reports that Google Play Store had over 3.29 million apps available for download during the first quarter of 2022. Because people realize that apps are a great way to connect with their customers, the trend toward building mobile apps has increased in recent years. A mobile app allows you to be just one phone call away from your customers, regardless of the reason.

This is so because apps enable you to:

Google supports Java the most. Java is used for the backend development, while XML is used for the design of the layouts. To create an Android app with Android Studio, you will need to be familiar with Java and XML.

If you’re more at ease with C# or C++, C, or even BASIC, you can also use alternative SDKs (Software Development Kits) in conjunction with Android Studio, such as the Android Native Development Kit.

The best frameworks and tools for developing Android apps are listed below.

Java’s learning curve is steep. Kotlin was designated as the second official language for Android two years ago. It is easier to learn than Java, and it has a lower barrier to entry in terms of coding skills. Although it is a new language, the community support is limited, but it is growing rapidly.

Kotlin may be faster than Java because it takes less time and effort to learn, but learning new programming languages is not easy. Many frameworks exist to help hire Android app developers, even those who don’t know Java. These frameworks can be used on other mobile operating systems, which is the best part.

React Native is the name of the open-source variation of Facebook’s JavaScript framework for creating native mobile apps. Many Fortune 500 companies, including Walmart, Tesla, and Instagram have used it to develop mobile apps. React Native’s fundamental building blocks are identical to native apps so it is impossible to distinguish between apps made with Java and React Native. React Native apps can be manually optimized by using code written in Objective C, Swift, or Java.

Ionic is a free and open-source framework for building mobile applications, and it is governed by the MIT License. This license gives the open indication that Ionic will be free forever. According to its website, you can use the Ionic framework to build “progressive web apps and native mobile applications”. Because it is cross-platform, it can be used to create Android mobile apps and then exported to other platforms as required. Poor documentation is a problem for both new and experienced programmers. Ionic is a great exception in this area, creating documentation that includes real-life examples.

Native device APIs can also be accessed by the app, making it difficult for users to determine if native languages were used to develop the app. Apache Cordova is not only designed to develop online apps but also supports offline scenarios. It is a great platform for creating desktop apps.

Create cross-platform apps with PhoneGap, an easy-to-use desktop program that uses a single base code. PhoneGap’s popularity and ease of use have led to an ever-growing support network and vice versa.

Titanium is an open-source framework for mobile app development that focuses on mobile-first design. It allows users to create beautiful, native-looking apps with a clean look and feel. Titanium also includes API Builder and Hyperloop for free.

Microsoft’s Unity game engine is a tool used by programmers to make 2D or 3D games. Cross-platform application development can also be done using it. It can be combined with C# to allow you to begin mobile app development.

TheAppuilder, an online framework for app building, claims to help clients create beautiful Apps with no design skills. This framework is for visually impaired people who are unable to distinguish or decide where each element should be placed for better design.

App builders are interactive apps that sync almost instantly with all devices. App creators can use in-depth analytics to make strategic decisions such as keeping features that users love and removing those that slow down the app.

No matter which Android app development frameworks or tools you use, you must first design a layout for your app. This will include details such as sections, features, and design elements. This will reduce the time it takes to develop Android apps, regardless of their size. Next, you should choose a framework that will allow you to use your existing programming skills to the maximum extent. You can get help from the community for any of the Android app development frameworks mentioned above.

Read More: The Dominant Trends for Mobile UI/UX Designs in 2022

How to Use a Concrete Curing Blanket During Your Next Project

The Most Popular Styles of Fashion Shoes